7 reasons to switch from Drupal to Yii 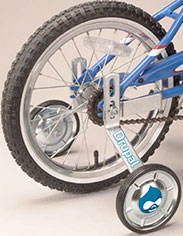 Drupal 7 is about to be released, so many organizations need to decide whether to upgrade from Drupal 5 or 6. Drupal is fine if you're building lots of websites and need to create new sites quickly without much coding, or if you just need a blog-on-steroids content site.

Running on Drupal is like living in a double-wide: it's the best solution if you can't afford a custom home. If you have a site that started on Drupal and has grown enough to employ full-time developers, you should consider migrating your site to the Yii PHP framework. (PHP haters can follow The Onion and use the Django Python framework, although it will take more time to change frameworks and programming languages.)

I'm the CTO of a site that switched from Drupal to Yii on April 30th 2010. It was hard to find information when we were debating a rewrite and there wasn't even a book about Yii yet. There were a few comments about switching from Drupal to Yii but they didn't include enough data to reassure me. I was worried that Yii might be slower than our heavily-optimized install of Drupal, so I decided to rewrite the core 20% of our site (which provided 80% of our functionality) in 30 days. It seemed like a great way to test the productivity and performance of the Yii framework, and if Yii wasn't an improvement after that month we could always switch back to Drupal and copy over any new data.

Yii was much faster than Drupal for our site with 150,000 nodes (each with a rewritten URL) and 50,000 visitors per day. Yes, we were working crazy hours for those 30 days (and the following 15), but it was worth it. The time that we previously spent working around Drupal's slow queries was put to better use, and it was a lot more fun to develop on Yii than on Drupal. The real benefit of Yii came later when we redesigned our site. With Yii's MVC, we only had to change 2 layout files vs a few dozen in Drupal.

I just wish we switched a year earlier. Here's what we learned:

Our server stats speak for themselves -- for the same number of simultaneous visitor requests (Apache processes), the DB and CPU utilization went way down. Memory use remained about the same. Over the last year, our traffic has increased 60% to 1.5 million monthly visits while MySQL queries have fallen by 66%