Inc magazine was a great resource when I started my first company in 2001. That company never got off the ground for the dumbest reasons even though the service I built to sync files across PCs, the web, and mobile devices was right on. Lesson learned: when people you trust say a problem is already "solved" by someone else, they might not understand the problem or why the "solution" doesn't work for regular people.

I realized that I couldn't start a disruptive company alone, and I thought joining a profitable Internet company would help me meet future cofounders and teach me more about the keys to success. My first week at Expedia, I worked with Tom Seery, at the time a planner for the hotel business unit. Expedia turned out to be a case study of a web 1.0 company that was bogged down in process, so I took my former manager's advice and left for a startup. That company's meteoric rise and fall taught me to stay focused on revenue and expenses since most companies fail because they ramp up expenses faster than revenue and run out of money. 4 years after meeting Tom, I joined him as a technical co-founder at RealSelf.

Turning an idea into a company on the Inc 500 list of Fastest Growing Companies remained a goal since the list is ranked by 3 year revenue growth, not vanity metrics. Making the Inc 500 is especially important for companies that are mostly self-funded since they miss out on all of the business press each time a funding round is announced. Often the CEO gets a lot of positive feedback about the company but other employees and people who are considering applying or joining don't. Recruiting is critical for growing companies, so every award helps. 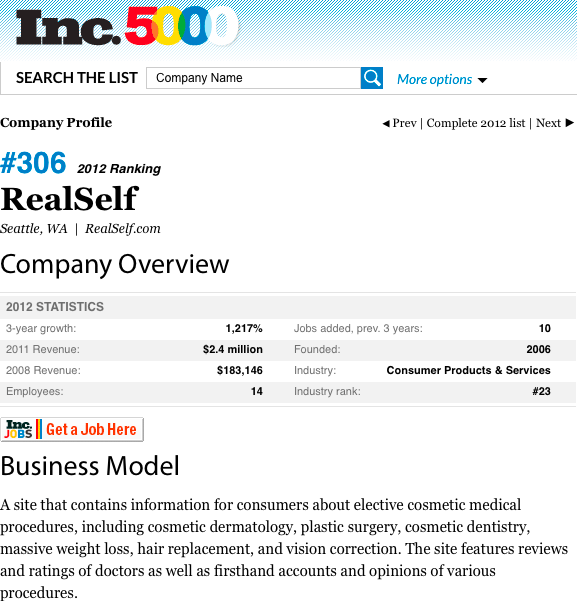 Read about the reasons RealSelf became one of the fastest growing companies.

And here's a photo of the 2008 shoebox office, furnished with IKEA and second-hand air conditioning units. 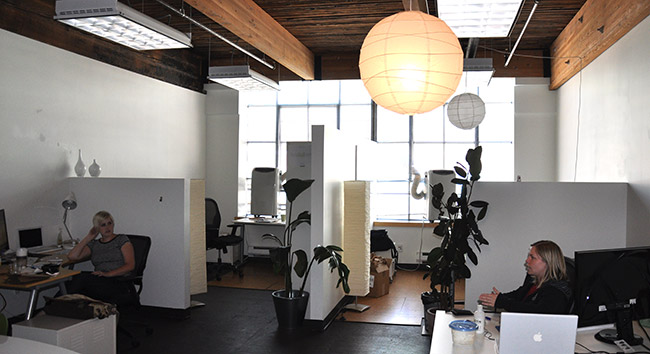